Abandoning everything you nurtured, to expand your comfort of living.

4 months ago was an incredibly hard decision in my life something that I thought long and hard on. I've spent four years 100% all in to help better a company but I believed could dominate the area.

during those years great strides were made and amazing advancements were unlocked I watched a company expand and unfold in hopes that maybe I'd be brought along for the ride with all my effort.

Unfortunately that wasn't the case by the end of it it just became more grinding and yelling about how things aren't going to plan.

People not listening to me adamantly convinced that I am the problem, paying no attention to the de facto sales people not doing their job in which they have been entrusted to do, some went as far as to believe that they could do their entire job from the comfort of their home.

All of this stress was reflected into me and being told that I am inadequate while I look at the numbers that I bring home to sustain my family I began to ask myself a very important question was what I was doing worth all of this stress.

And I came to a conclusion no it absolutely was not given the amount I was making to the amount I was expected to burden I was not benefiting at all and if anything I was being taken advantage of and I would could not stand for it any longer.

Instead I was truly like a child. As almost as if I was a player on a team being reprimanded by the coach. In that moment I pretty much irreversibly decided that I am no longer going to help benefit the growth of this company by my effort and I was to find another.

I spent so much time trying to explain and convince people where I see the problems and so many times my voice was falling upon deaf ears.

I watched thousands of dollars with a product walk out of a facility as donations to customers just because the customer raised their voice ever slightly.

Only to be told the next day that they can't afford any type of advancements to their staff. This is systemic mismanagement.

but the problem in this article here I'm talking about is the customers and the fallout that came after it was incredible to me to see how many customers called me and asked me by name.

But that wasn't the hard part The hard part was my decision to dismiss everything I've learned over the past 6 years and learn something absolutely new in which I was not an expert in.

I wanted to challenge myself again I wanted to not know so I could learn so I jumped to an entirely new platform and as they say the legend of automation.

I wanted to get to the level of automating homes with a big dog sing and projects last years without being touched, but what that meant was abandoning all my old customers in which I gained nice relationships with some people are really kind and I felt incredibly disheartened to know that I could not help them at the same level in which I was able to before.

I told them I no longer worked for that company and I would advise them to continue pressing on as I don't work on the same technology anymore, I advise that I'd still be available to consult with him and help them make decisions that will benefit them.

but it's one of the hardest things to do because you actually fall in love more with the customers than you do with the company because you're helping them and they're the ones with the bright smiles, they're the ones who are genuinely impressed with the actions that you take while the management around you sees it every day and sees it as if it's just another thing to make money with.

I still don't have an answer to it and it still hurts my heart to not be able to help them at the level in which I once was but at least it makes me feel better to know that I am honest with them and then I tell them outright that I can't help them because it's the right thing and the right decision to make.

Tomorrow this entire story is one thing you have to look at your family first you have to treat them first if you are working at a company that has you stuck stop being stuck.

We live in a phenomenally great country in which we are given the opportunity to make free choices and better ourselves if we so choose.

Some will treat employees as if they are tools to be disposed of when broken and some will embrace these tools as humans and try to bring them to a level of comfort so that way they are loyal by choice not by poverty.

if you are an employer and you ever mutter the words you're never going to find anything better than you are naive and you need to reevaluate your ability to manage.

To some of you this might insult you to your very car but I'll be honest I don't care it's words you need to hear. As you need intelligent people you know this and intelligent people know that you know that if you treat them with respect they'll stay if you give them the ability to make a livable wage and you respect them they will become a lifelong asset within the progression of your company they will go out of their way to make sure that your interests are defended.

But if you treat them like garbage don't be surprised when they leave.

and honestly I speak not out of bitterness because I'm not mad at anybody I speak because it's words that I feel like people need to hear a lot of people do not like hearing direct and critical commentary.

but it's the truth I intend to help people it's what I like doing. and sometimes telling people hard truths is the quickest way to getting them to learn something.

I've learned this myself getting hard truths being told to me and if I believe that those hard shoes are valid I'll take them into consideration and I will better myself because of it.

But if I'm getting barked at like I'm a bad dog then obviously the information coming from the accuser has no warrant no validity and no place in a business.

If you're an employee you're most empowered when you leave and when you join. When you join you negotiate the terms of your contract. he must immediately flip the chessboard and say why should I work for your company. Why should I forfeit the time I have on this earth to better your cause?

Because let's be honest You're quite literally giving up your time on this earth to better someone else and in exchange You're given compensation for that time it's up to you if you can decide if that time is worth it to you, because of this glorious country you also are able to give him the opportunity to leave.

When you leave leave on good terms try your best not to make enemies if enemies are formed then so be it but it wasn't by your hand.

leaving on good terms even though you're mad at a company it's usually one of the most impactful ways to send a message implying I don't hate you I just hate the way you run things.

The sad irony of that though is everything usually gets fixed when you're gone and you get blamed for it anyway. 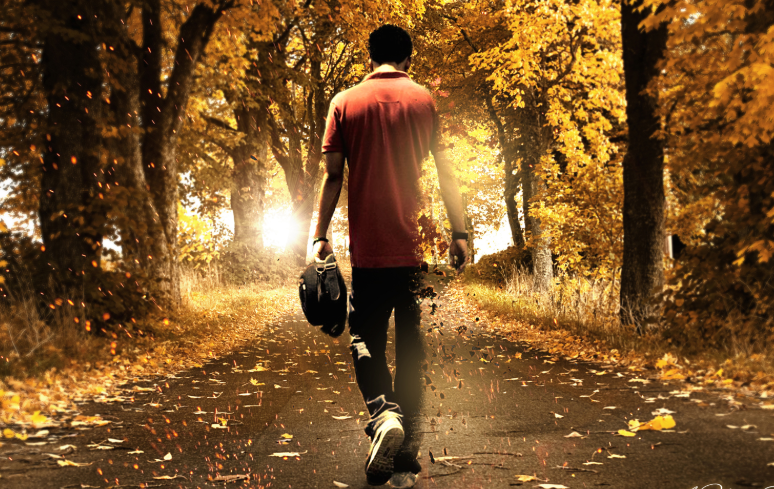 It's hard to leave something behind to do something new but change is sometimes necessary especially when your family is at stake.

The highway isn't the problem you're driving is

Shadow banning what is it?

Companies no longer care about your loyalty